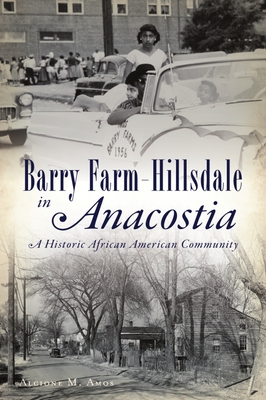 
In Stock—Click for Locations
Barry Farm-Hillsdale was created under the auspices of the Freedmen's Bureau in 1867 in what was then the outskirts of the nation's capital. Residents built churches and schools, and the community became successful. In the 1940s, youth from the community courageously desegregated the Anacostia Pool, and Barry Farm Dwellings was built to house war workers. In the 1950s, community parents joined the fight to desegregate schools in Washington, D.C., as local leaders fought off plans to redevelop the area. Both the women and the youth of Barry Farm Dwellings, then public housing, were at the forefront of the fight to improve their lives and those of their neighbors in the 1960s, but community identity was being subsumed into the larger Anacostia neighborhood. Curator and historian Alcione M. Amos tells these little-remembered stories.