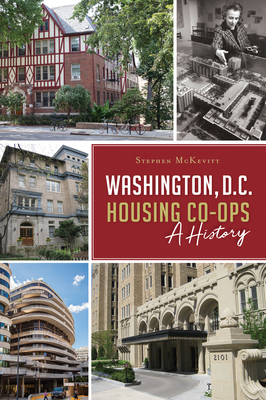 
In Stock—Click for Locations
For one hundred years, housing cooperatives in various sizes and shapes have been a positive part of the urban landscape of Washington, D.C. Co-ops first arose in the city in the 1920s. Building slowed during the Great Depression, but their numbers expanded after World War II. Conversions expanded their numbers, and the model thrived and became a vital part of the city's fabric. Local historian Steve McKevitt tells the stories of the architecture and development of each District co-op with both historic and modern images.