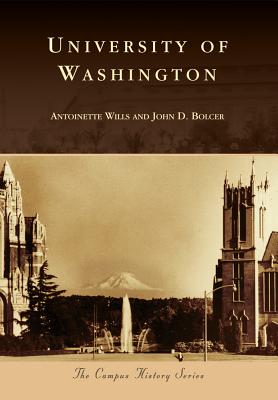 
Special Order—Subject to Availability
The University of Washington was founded in 1861, when Seattle was a tiny village. It struggled to survive during its early years, but after Washington achieved statehood in 1889, the university grew along with the region it served. A world's fair on its campus attracted international attention in 1909. A century later, the University of Washington is known worldwide for research and teaching in fields ranging from arts and sciences to health sciences and high technology. With three campuses (Seattle, Tacoma, and Bothell), extensive programs of professional and continuing education, and hundreds of thousands of alumni, the University of Washington has grown beyond anything its pioneer founders could have imagined.