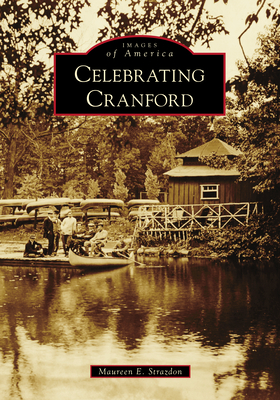 
Not On Our Shelves—Ships in 1-5 Days
The story of suburban Cranford, New Jersey, began after the Civil War as wealthy New Yorkers came to the area for the fresh air and the beautiful Rahway River that winds through town. After its incorporation in 1871, the town grew as neighborhoods like Roosevelt Manor, Lincoln Park, and Sunny Acres were established by Albert Eastman, Alden Bigelow, Miln Dayton, J. Walter Thompson, Severin Droescher, and the Sears Roebuck Company. Public buildings like the Opera House Block and the Cranford Casino and grand private houses were designed by local architect Frank Lent. Celebrations on the Rahway River gave birth to the nickname the Venice of New Jersey. Meanwhile, the citizens of Cranford went about daily life, shopping downtown, going to school, attending services at houses of worship, and working at local businesses. As the town celebrates its 150th anniversary in 2021, Celebrating Cranford illustrates Cranford's story and highlights its citizens, some well known and some overlooked in the past.