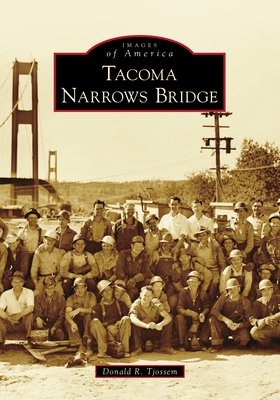 
Backordered
When the first Tacoma Narrows Bridge opened on July 1, 1940, the bridge was in use for 130 days before it collapsed due to faulty engineering and high winds. A decade later, following World War II, the second Tacoma Narrows Bridge opened, and it is still in use today. However, due to a population increase over the bridge's 57 years of use, an additional bridge was opened in 2007 to alleviate increasingly high traffic. The completion of the third bridge allowed vehicle speed to increase from less than 25 miles per hour to the present speed of 60 miles per hour during commuting times. Today, sections of the original bridge that was opened in 1940 and is pictured on the cover are still submerged in Puget Sound and were added to the National Register of Historic Places in 1992.