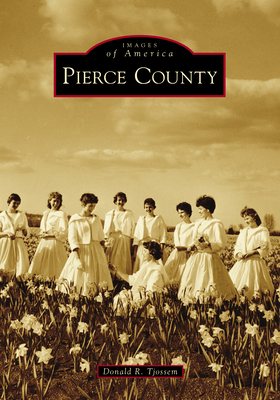 
Special Order—Subject to Availability
Located in western Washington, Pierce County includes much of the southern Puget Sound shoreline, the entirety of Mount Rainier National Park, and Fort Lewis Base McChord, along with small towns such as Gig Harbor, Fife, Eatonville, Steilacoom, and Puyallup. With unlimited fishing and timber available, the area was first settled in the early 1800s. On December 22, 1852, the county was incorporated and subsequently named after Franklin Pierce, the recently elected president of the United States. Pierce County's development advanced in the following decades with the formation of Frederick Weyerhaeuser's Weyerhaeuser Company in 1900, the making of pleasure craft and fishing vessels for the county's seaport industry, and the creation of naval watercraft for World War II. Today, Pierce County is home to almost 900,000 individuals.