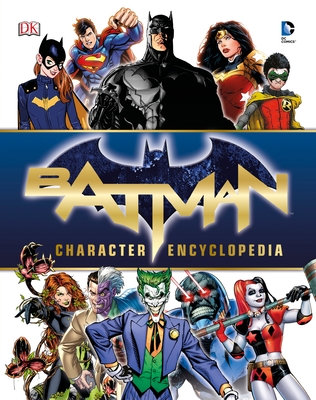 From Robin to the Joker, Batman Character Encyclopedia is your guide into over 75 years of the Dark Knight's friends and foes. This compact, informative guide takes you through over 200 heroes and villains of Gotham City as well as tons of facts and information on the Caped Crusader himself. Organized alphabetically, each character profile is crammed with statistics, informative annotations, and exciting comic book art illustrated by leading DC Comics artists.

Batman Character Encyclopedia is perfect for the newcomers to the Batman series or the die-hard DC Comics fan, and is an excellent addition to DK's best-selling collection of Batman titles.

Copyright © 2015 DC Comics. BATMAN and all related characters and elements are trademarks of and © DC Comics. (s15)