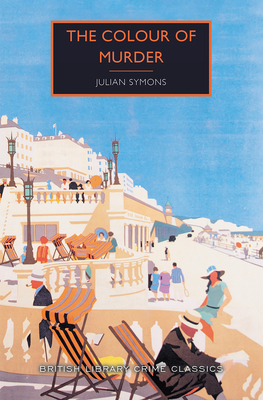 A suspenseful precursor to modern psychological thrillers, this classic work of crime fiction from the archives of the British Library brings the Golden Age of Murder back to life.

John Wilkins meets a beautiful, irresistible girl, and his world is turned upside down. Looking at his wife, and thinking of the girl, everything turns red before his eyes—the colour of murder.

But did he really commit the heinous crime he was accused of? Told innovatively in two parts: the psychiatric assessment of Wilkins and the trial for suspected murder on the Brighton seafront, Symons' award-winning mystery tantalizes the reader with glimpses of the elusive truth and makes a daring exploration of the nature of justice itself.

JULIAN SYMONS (1912-1994) was a notable writer of British crime fiction from the 1950s until his death, publishing more than thirty novels. He served as President of the prestigious Detection Club, won two Edgar Awards from the Mystery Writers of America, and is well known as the author of Bloody Murder, a classic history of crime fiction.