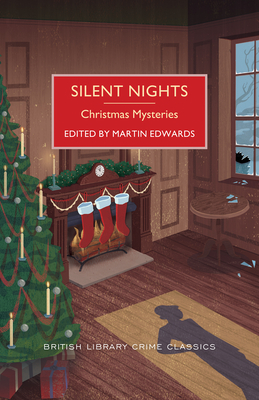 Mystery crime fiction written in the Golden Age of Murder

"Like an assortment of presents under a Christmas tree, there's something for everyone in this Yule-themed reprint anthology in the British Library Crime Classics series from Edwards." —Publishers Weekly

Christmas is a mysterious, as well as magical, time of year. Strange things can happen, and this helps to explain the hallowed tradition of telling ghost stories around the fireside as the year draws to a close. Christmas tales of crime and detection have a similar appeal. When television becomes tiresome, and party games pall, the prospect of curling up in the warm with a good mystery is enticing—and much better for the digestion than yet another helping of plum pudding.

Crime writers are just as susceptible as readers to the countless attractions of Christmas. Over the years, many distinguished practitioners of the genre have given one or more of their stories a Yuletide setting. The most memorable Christmas mysteries blend a lively storyline with an atmospheric evocation of the season. Getting the mixture right is much harder than it looks.

This book introduces of readers to some of the finest Christmas detective stories of the past. Martin Edwards' selection blends festive pieces from much-loved authors with one or two stories which are likely to be unfamiliar even to diehard mystery fans. The result is a collection of crime fiction to savor, whatever the season.