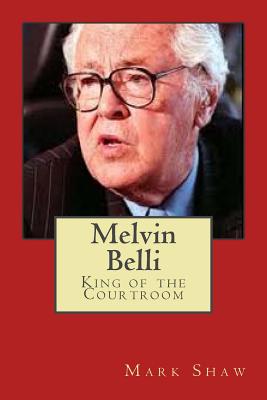 
Not On Our Shelves—Ships in 1-5 Days
(This book cannot be returned.)
A legal pioneer who fought powerful corporations while consorting with strippers, madams and Mafioso, Melvin Belli was a swashbuckling character who was flamboyant, eccentric, and narcissistic. Some believed him to be a genius, others an ambulance chaser but there was no question that he was the most famous lawyer of the 20th century, one who represented clients such a Jack Ruby, The Rolling Stones, Mohammed Ali, and mobster Mickey Cohen.