Death Wins in the Arctic: The Lost Winter Patrol of 1910 (Paperback) 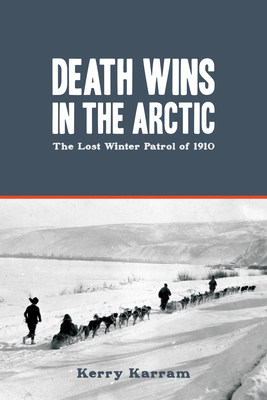 Death Wins in the Arctic: The Lost Winter Patrol of 1910 (Paperback)

A harrowing tale of human intelligence pitted against the forces of nature.

With prospectors, trappers, and whalers pouring into northwestern Canada, the North West Mounted Police were dispatched to the newest frontier to maintain patrols, protect indigenous peoples, and enforce laws in the North. In carrying out their duties, these intrepid men endured rigorous and dangerous conditions.

On December 21, 1910, a four-man patrol left Fort McPherson, Northwest Territories, heading for Dawson City, Yukon, a distance of 670 kilometres. They never arrived. The harrowing drama of their 52-day struggle to survive is an account of courageous failure, one that will resonate strongly in its depiction of human intelligence pitted against the implacable forces of nature. Based on Fitzgerald's daily journal records, Death Wins in the Arctic tells of their tremendous courage, their willingness to face unthinkable conditions, and their dedication to fulfill the oath they took. Throughout their ordeal, issues of conservation, law enforcement, Aboriginal peoples, and sovereignty emerge, all of which are global concerns today.

Kerry Karram uses the handwritten diary of Inspector F.J. Fitzgerald to chronicle the harrowing ordeal of four NWMP officers lost in the Yukon wilderness for 52 days during the winter of 1910-11. Death Wins in the Arctic reflects her deep interest in Canadian history and her love for the North. Her first book is Four Degrees Celsius. Kerry lives in North Vancouver.