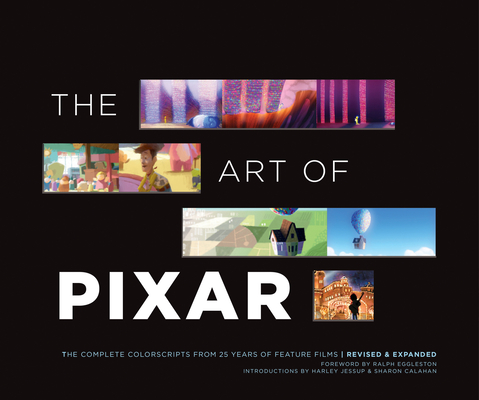 
Not On Our Shelves—Ships in 1-5 Days
In this revised and expanded edition for the 25th anniversary of Pixar's feature films, The Art of Pixar collects the breathtaking behind-the-scenes visual process of colorscripts.

Colorscripts are the sequential paintings that visually represent key story moments from each film and set the lighting, color, and tone during the filmmaking process.

Packaged in a luxe slipcase, this collectible collection is a treasure trove of artwork for aspiring animators and Pixar fans alike.Copyright © 2020 Disney Enterprises, Inc. and Pixar. All rights reserved.