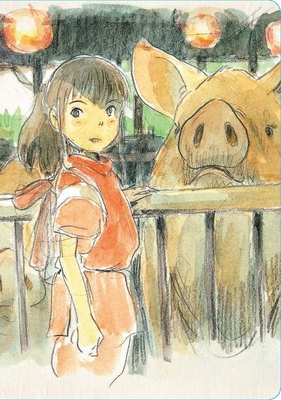 By Studio Ghibli (Photographs by)


Not On Our Shelves—Ships in 1-5 Days
This paperback journal features beautiful, rarely seen concept art from Spirited Away, Studio Ghibli's award-winning film about a young girl's journey through a supernatural realm. With full-color artwork on the front and back covers, spot illustrations throughout, and four full spreads of concept art, it's perfect for capturing all your notes and bright ideas.© 2001 Studio Ghibli - NDDTM
Studio Ghibli is a Tokyo-based animation film studio founded by directors Isao Takahata and Hayao Miyazaki. The studio has produced more than 20 feature-length films, including My Neighbor Totoro, Kiki's Delivery Service, Princess Mononoke, and the Academy Award-winning Spirited Away.