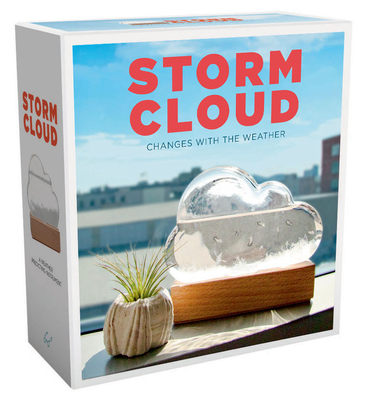 
On Our Shelves Now at:
In the 1800s, during his voyage with Charles Darwin, Admiral Robert Fitzroy used and later popularized the storm glass, which promised to predict the weather. A beautiful twist on this classic device, the Storm Cloud is a fun way of seeing what the weather has in store. Filled with a special liquid that responds to changes in the atmosphere, the crystals within the cloud-shaped glass indicate whether it'll be fair, cloudy, rainy, windy, or stormy. Whether sitting on a windowsill or a desk, the Storm Cloud is irresistible décor for the curious-minded.
BITTEN DESIGN was founded by three people crazy about design. Once they were all bitten by the design bug, they formed Bitten in 2008 and have been turning fun ideas into delightful products ever since. Bitten is based in the Netherlands.