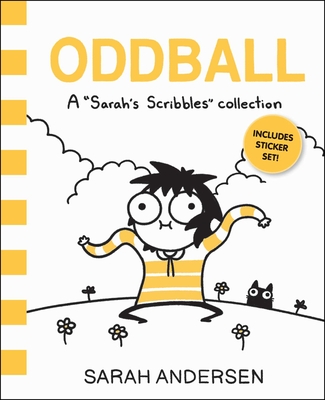 The fourth book in the enormously popular graphic novel series, the latest collection of Sarah's Scribbles comics explores the evils of procrastination, the trials of the creative process, the cuteness of kittens, and the beauty of not caring about your appearance as much as you did when you were younger. When it comes to humorous illustrations of the awkwardness and hilarity of millennial life, Sarah's Scribbles is without peer.
Sarah Andersen’s debut book, Adulthood is a Myth, was the 2016 Goodreads Choice Award Winner for Graphic Novels and Comics. She also won the award for Big Mushy Happy Lump in 2017, and Herding Cats in 2018. Her graphic novel Fangs was nominated for an Eisner Award and appeared on The New York Times best seller list.

Sarah Andersen is a cartoonist and illustrator in her twenty-somethings. She graduated from the Maryland Institute College of Art in 2014 and currently lives in Portland, Oregon. Her semi-autobiographical comic strip, Sarah’s Scribbles, finds the humor in living as an introvert with beloved pets and the continual struggles with waking up in the morning, being productive, and dealing with social situations.