The Wonderful Wizard of Oz: A Play: A Play in Two Acts for Young Actors (Paperback) 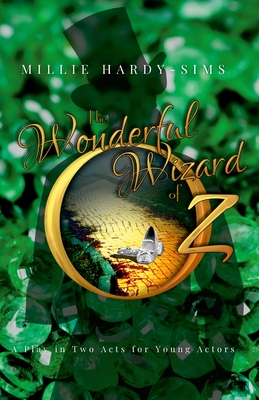 The Wonderful Wizard of Oz: A Play: A Play in Two Acts for Young Actors (Paperback)


Not On Our Shelves—Ships in 1-5 Days
(This book cannot be returned.)
Carried by a tornado to the Land of Oz, Dorothy Gale unwittingly frees the Munchkins from the cruel Witch of the East. She is given the witch's silver shoes and is told by Glinda, the Good Witch of the South, that her best hope for returning home is to seek out the Wonderful Wizard of Oz. Along the way she rescues a forlorn Scarecrow and a broken-hearted Tin Woodman, and is joined by a deeply insecure Lion. This unlikely band travels a perilous road to the Emerald City, where each of them is charged with first doing a favour for the Great Oz before he will help them. They are sent to kill the Wicked Witch of the West, Oz's last remaining enemy. But, the Great Oz is a sham, and though these four unusual heroes have risked their lives carrying out his request, he is powerless to keep his promises... Our adaptation, as always, features a twist different from the original book, but is otherwise true to L. Frank Baum's much loved tale. A family show for a medium to large cast of young actors.