Cracked, Not Broken: Surviving and Thriving After a Suicide Attempt (Hardcover) 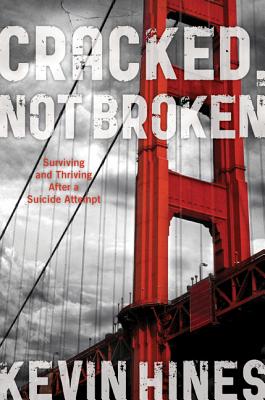 Cracked, Not Broken: Surviving and Thriving After a Suicide Attempt (Hardcover)


Not On Our Shelves—Ships in 1-5 Days
The Golden Gate Bridge is one of the most recognizable structures to define a modern city. Yet, for author Kevin Hines the bridge is not merely a marker of a place or a time. Instead, the bridge marks the beginning of his remarkable story. At 19 years old, Kevin attempted to take his own life by jumping off the Golden Gate Bridge - a distance which took four seconds to fall. Recently diagnosed with bi-polar disorder, Kevin had begun to hear voices telling him he had to die, and days before his attempt, he began to believe them. The fall would break his body, but not his spirit. His story chronicles the extraordinary will of the author to live mentally well in the face of his mental illness: bipolar disorder with psychotic features. With each mental breakdown, however, the author's desire to live mentally well-- and to be a mental health advocate-- pulls him from the depths of his condition. Kevin's story is a remarkable testament to the strength of the human spirit and a reminder to us to love the life we have. His story also reminds us that living mentally well takes time, endurance, hard work, and support. With these disciplines in place, those living with even very difficult diagnoses can achieve better lives for themselves and those who help to support and care for them.
Kevin Hines is an award-winning international speaker, author, and mental health advocate. Kevin has been featured in the critically acclaimed film "The Bridge," on Larry King Live, 20/20, Anderson Cooper 360, Good Morning America, and Ireland's famed Tonight with Vincent Browne. He has been featured in hundreds of radio, film, and television media outlets. Kevin has written countless articles about suicide awareness/prevention and 'The Art of Living Mentally Well.' His articles have appeared in the San Francisco Medical Magazine, The Santa Barbara Independent, New Voices at Bay, the National Council Magazine, the San Francisco Chronicle, Advancements in Psychiatric Treatment, as well as many others. He was most recently honored as a Lifetime Achievement Award Winner by The National Council for Community Behavioral Health.