The Wilder Shores of Love (Paperback) 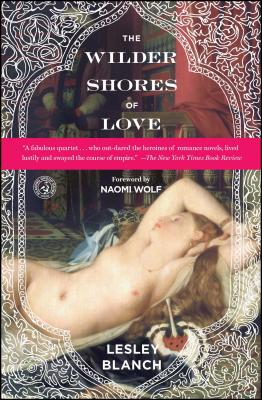 The Wilder Shores of Love (Paperback)


Not On Our Shelves—Ships in 1-5 Days
Originally published in 1954, The Wilder Shores of Love is the classic biography of four nineteenth-century European women who leave behind the industrialized west for Arabia in search of romance and fulfillment. Hailed by The Daily Telegraph as "enthralling to read," Lesley Blanch’s first book tells the story of Isabel Burton, the wife and traveling companion of the explorer Richard Burton; Jane Digby, who exchanged European society for an adventure in loving; Aimée Dubucq de Rivery, a Frenchwoman captured by pirates who became a member of the Turkish sultan’s harem; and Isabelle Eberhardt, a Swiss woman who dressed as a man and lived among the Arabs of Algeria.
Lesley Blanch was a distinguished writer, painter, drama critic, and Vogue editor. The author of twelve books, includihng Pierre Loti and The Sabres of Paradise, she died in 2007. To learn more about Lesley, visit her website at www.lesleyblanch.com.
“Love, wanderlust, faraway places—all that Romance implies—make up this delicious book. . . . Ideal reading.”
—Washington Post Book World

“Over the years, many full-length biographies of [these] four heroines have been published. . . . But Lesley Blanch’s short, imaginative, and highly poetic account of their lives and personalities remains unsurpassed.”
—The Independent (London)