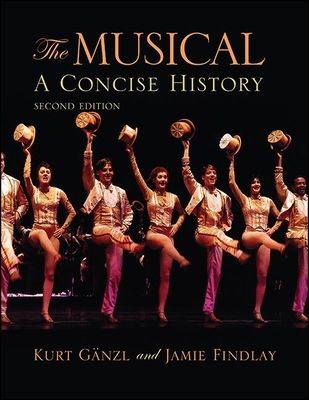 
On Our Shelves Now at:
(This book cannot be returned.)
The Musical, Second Edition, introduces students and general readers to the entire scope of the history of musical theater, from eighteenth-century ballad operas to nineteenth-century operettas, to the Golden Age of Broadway to today. In this comprehensive history, master theater historian Kurt G nzl draws on his vast knowledge of the productions, the actors, the music and dance, and the reception of the central repertory of the musical theater. Focus boxes on key shows are included in every chapter, along with a chronology of the major musical productions described in the text. Production photographs from around the world enhance the descriptions of the costumes and staging. This book is an ideal introduction for college-level courses on the History of Musical Theater and will also appeal to the general theatergoer who wants to learn more about how today's musical developed from its earliest roots.