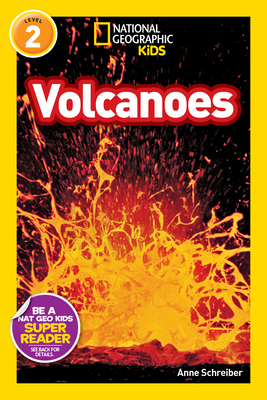 
Not On Our Shelves—Ships in 1-5 Days
The cool story of volcanoes will intrigue kids and adults alike. Hot melted rock from the middle of our planet forces its way up through cracks in the Earth’s crusts, exploding violently and sometimes unexpectedly in volcanic fury that can terrorize populations for months, even years. Anne Schreiber’s narrative gives readers a little of the science, a little of the history, and a lot of the action. National Geographic photography fires the imagination on dramatic spreads alive with vivid images of lava, ash, molten rock, weird rocks, and steaming seawater.
ANNE SCHREIBER is a graduate in Science Education from Cornell University and began her career as an elementary school teacher. She wrote the science content for the Magic School Bus television series. She has written more than a dozen books for young children. She lives in Brooklyn, NY.