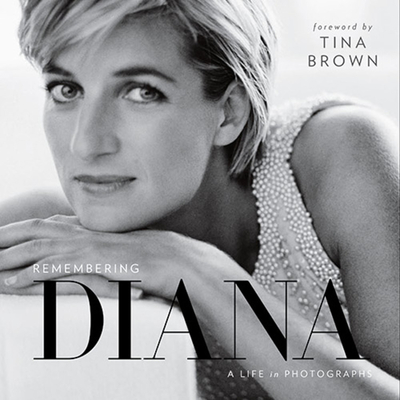 
Not On Our Shelves—Ships in 1-5 Days
TINA BROWN is an award-winning journalist, editor, author, and founder and CEO of Tina Brown Live Media, a company dedicated to summits, salons, flash forums, and debates. Between 1979 and 2001, she was editor-in-chief of Tatler, Vanity Fair, The New Yorker and she also authored the 2007 best-selling biography of the Princess of Wales, The Diana Chronicles. In 2000, she was awarded the honor of Commander of the Order of the British Empire by the Queen for her services to journalism. In October 2008 Brown launched and edited the digital news site The Daily Beast, which won the news website of the year award in 2012 and 2013. In 2010 she launched the annual Women in the World Summit that convenes extraordinary leaders such as Meryl Streep, Hillary Clinton, Oprah Winfrey, Angelina Jolie, and Christine Lagarde as well as inspirational activists and political change-makers from all over the world to join the three-day event at Lincoln center, share their stories, and offer solutions to building a better life for women and girls. In 2014 she launched Tina Brown Live Media to expand Women in the World nationally and launched summits in London and Delhi. The first London Women in the World Summit in 2015 featured participants such as Theresa May, Nicole Kidman, Nobel Laureate Leymah Gbowee, Nicola Sturgeon, Queen Raina of Jordan, Cara Delevingne, and German Minister of Defence Ursula von der Leyen. It generated 515 million Twitter impressions, and an estimated 1.5 billion print, online, and broadcast press impressions. Tina Brown is married to editor, publisher, and historian Sir Harold Evans and lives in New York City.
“A lavish celebration of the princess’s life in pictures.” –Parade

"This sumptuous picture book of more than 100 images of Diana, due Aug. 1, comes from National Geographic with a forward by TIna Brown, her friend, biographer and the former editor of Vanity Fair and The New Yorker. 'Twenty years after her death we miss her more than ever,' especially her humanity and the 'bond of compassion she forged with her admirers,' Brown writes."—USA Today

"From pictures of her as a child to her marriage and the birth of her two children, this book is a comprehensive look at the woman whose kindness created waves that are still felt today."—People

“…a sumptuous picture book of more than 100 images of Diana…with a forward by Tina Brown, her friend, biographer and the former editor of Vanity Fair and the New Yorker.” –Detroit Free Press