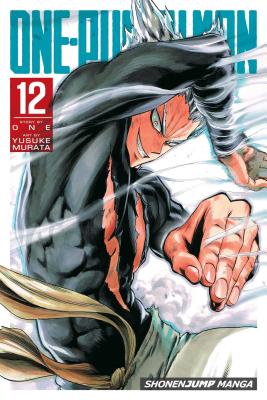 This is book number 12 in the One-Punch Man series.

At the martial arts tournament, Suiryu of the Dark Body Art shows promise with his outstanding strength. But outside the stadium, a large number of monsters are pushing the heroes, even Genos, to their limits! Inside, unaware, Saitama approaches his match against Bakuzan!
Manga creator ONE began One-Punch Man as a webcomic, which quickly went viral, garnering over 10 million hits. In addition to One-Punch Man, ONE writes and draws the series Mob Psycho 100 and Makai no Ossan.