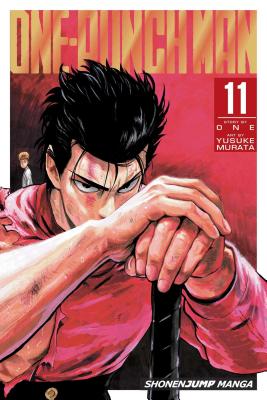 This is book number 11 in the One-Punch Man series.

While Saitama's distracted at a martial arts tournament, Centichoro, a threat-level Dragon monster, attacks! Metal Bat engages it in battle but struggles against its gargantuan size. The monster knocks him into the distance and right into the path of hero-hunter Garo!
Manga creator ONE began One-Punch Man as a webcomic, which quickly went viral, garnering over 10 million hits. In addition to One-Punch Man, ONE writes and draws the series Mob Psycho 100 and Makai no Ossan.