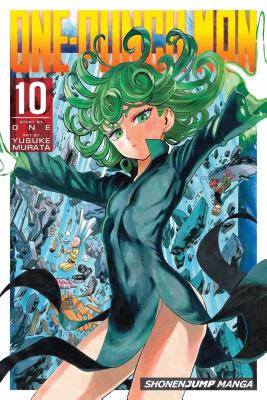 This is book number 10 in the One-Punch Man series.

Hero hunter Gato intensifies his onslaught, so of course Saitama decides now is the perfect time to join a combat tournament. Meanwhile, Class-S hero Metal Bat takes an assignment guarding a Hero Association executive and his son, and before long trouble appears!
Manga creator ONE began One-Punch Man as a webcomic, which quickly went viral, garnering over 10 million hits. In addition to One-Punch Man, ONE writes and draws the series Mob Psycho 100 and Makai no Ossan.