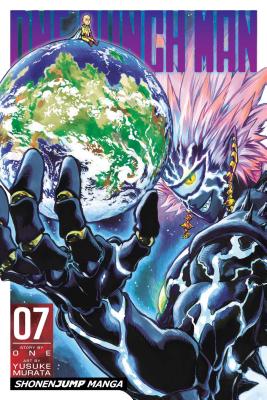 This is book number 7 in the One-Punch Man series.

When aliens invade Earth, a group of Class-S heroes finally finds a way to fight back and go on the offensive. Inside the enemy mother ship, Saitama fights Boros. Faced with the alien’s frightful power, he decides to get serious! What is the Earth’s fate?!
Manga creator ONE began One-Punch Man as a webcomic, which quickly went viral, garnering over 10 million hits. In addition to One-Punch Man, ONE writes and draws the series Mob Psycho 100 and Makai no Ossan.