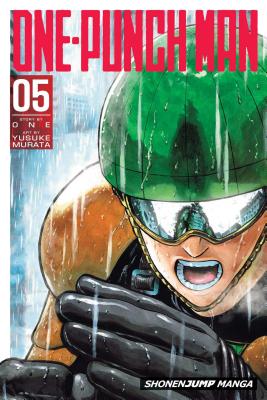 This is book number 5 in the One-Punch Man series.

To stop a Demon-level crisis, Saitama and company head toward the action. However, even Class-S heroes prove to be no match for the Deep Sea King! In order to protect the good citizens, our heroes will need to summon all of their courage and confront this threat!
Manga creator ONE began One-Punch Man as a webcomic, which quickly went viral, garnering over 10 million hits. In addition to One-Punch Man, ONE writes and draws the series Mob Psycho 100 and Makai no Ossan.