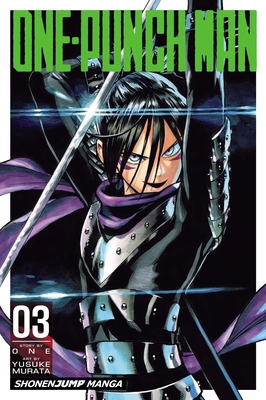 This is book number 3 in the One-Punch Man series.

For three years, Saitama has defeated countless monsters, but no one knows about him… That’s because he isn’t in the Hero Association’s registry! Together with Genos, Saitama decides to take the Hero Association’s test! But can they pass?!
Manga creator ONE began One-Punch Man as a webcomic, which quickly went viral, garnering over 10 million hits. In addition to One-Punch Man, ONE writes and draws the series Mob Psycho 100 and Makai no Ossan.