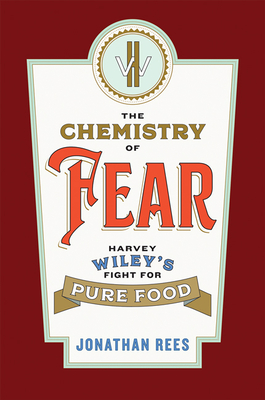 A fascinating examination of the controversial work of Harvey Wiley, the founder of the pure food movement and an early crusader against the use of additives and preservatives in food.

Though trained as a medical doctor, chemist Harvey Wiley spent most of his professional life advocating for pure food--food free of both adulterants and preservatives. A strong proponent of the Pure Food and Drug Act of 1906, still the basis of food safety legislation in the United States, Wiley gained fame for what became known as the Poison Squad experiments--a series of tests in which, to learn more about the effects of various chemicals on the human body, Wiley's own employees at the Department of Agriculture agreed to consume food mixed with significant amounts of various additives, including borax, saltpeter, copper sulfate, sulfuric acid, and formaldehyde. One hundred years later, Wiley's influence lives on in many of our current popular ideas about food: that the wrong food can kill you; that the right food can extend your life; that additives are unnatural; and that unnatural food is unhealthy food. Eating--the process of taking something external in the world and putting it inside of you--has always been an intimate act, but it was Harvey Wiley who first turned it into a matter of life or death.

In The Chemistry of Fear, Jonathan Rees examines Wiley's many--and varied--conflicts and clashes over food safety, including the adulteration of honey and the addition of caffeine to Coca-Cola, formaldehyde to milk, and alum to baking powder. Although Wiley is often depicted as an unwavering champion of the consumer's interest, Rees argues that his critics rightfully questioned some of his motivations, as well as the conclusions that he drew from his most important scientific work. And although Wiley's fame and popularity gave him enormous influence, Rees reveals that his impact on what Americans eat depends more upon fear than it does upon the quality of his research.

Exploring in detail the battles Wiley picked over the way various foods and drinks were made and marketed, The Chemistry of Fear touches upon every stage of his career as a pure food advocate. From his initial work in Washington researching food adulteration, through the long interval at the end of his life when he worked for Good Housekeeping, Wiley often wrote about the people who prevented him from making the pure food law as effective as he thought it should have been. This engaging book will interest anyone who's curious about the pitfalls that eaters faced at the turn of the twentieth century.

Jonathan Rees is a professor of history at Colorado State University-Pueblo. He is the author of Before the Refrigerator: How We Used to Get Ice, Refrigeration Nation: A History of Ice, Appliances, and Enterprise in America, and Refrigerator.