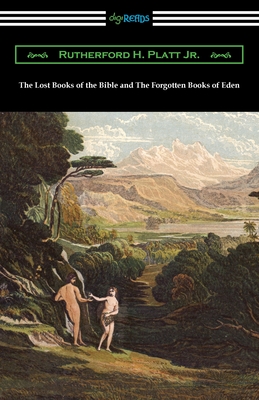 "The Lost Books of the Bible" is a collection of 17th and 18th century English translations of Apocryphal biblical texts by William Wake and Jeremiah Jones which was first gathered together by William Hone and published collectively in 1820. Supposedly these texts were excised from the official biblical canon over the first few centuries of Christianity. Included in this collection are various accounts of Jesus, his birth and infant life, and epistles of various disciples and other biblical figures. "The Lost Books of Bible" is an essential work for students of biblical history which provides depth and historical context for many of the events regarding Jesus' life depicted in the New Testament. Also included in this volume is "The Forgotten Books of Eden" which includes additional Apocryphal texts regarding Adam and Eve as well as biblical works attributed to Enoch, Solomon, and others. If and for what reason these texts were stricken from the official canon by the fathers of the church is not known, however contemporary source material does reliably date many of these texts to at least the 2nd century AD, if not earlier, thus giving them a provenance that can at the very least assert these documents as important in the development of the biblical canon. This edition is printed on premium acid-free paper and follows the 1926 editions edited by Rutherford H. Platt Jr.