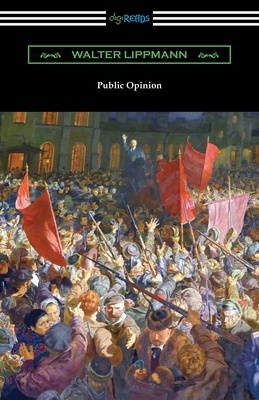 First published in 1922, "Public Opinion" is the fascinating study of the role of citizens in a democracy by Walter Lippmann, an American writer, reporter and political commentator. Lippmann's notable career spanned decades and produced some of the most important journalism in American history. He was the first to introduce the concept of the Cold War, received many awards, including two Pulitzer Prizes, and wrote thousands of articles and columns, earning him the title of the "Great Elucidator". "Public Opinion" is Lippmann's assessment of a functional democratic government and the role that citizens play in the democracy. Lippmann examines the dilemmas presented in revolutionary periods of history and raises doubts on the ability of citizens to effectively govern themselves. He draws important attention to the media's role in shaping public perceptions and opinions and presciently warns against the power of propaganda. Lippmann's work exploring modern democracy, how it functions, and what situations most threaten its success have made "Public Opinion" a staple in the field of political science. Lippmann's work was far ahead of its time in understanding the dangers of propaganda and his conclusions remain relevant and thought-provoking nearly a century later. This edition is printed on premium acid-free paper.