The Art of Invader Zim (Hardcover) 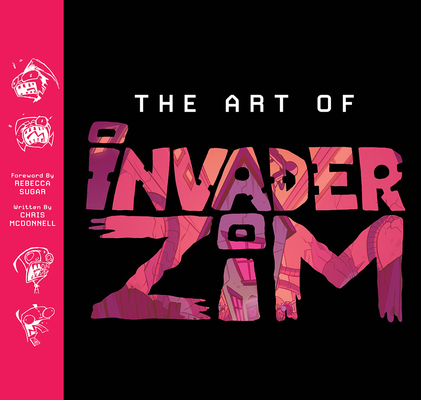 The Art of Invader Zim (Hardcover)

Created by indie comics artist Jhonen Vasquez, Invader Zim tells the story of extraterrestrial outcast Zim, from the planet Irk. With the assistance of his malfunctioning robot GIR, Zim repeatedly tries (and fails) to execute his dastardly plan to conquer Earth, all while masquerading as an average elementary school student.

The Art of Invader Zim is the definitive history of both the fan-favorite series and Enter the Florpus. A fully authorized, all-access compendium of never-before-published production art, storyboards, behind-the-scenes photos, and ephemera, the book will feature exclusive, interviews with Vasquez and other key crewmembers that reveal the origins, art, and imagination behind one of Nickelodeon’s most beloved turn-of-the-millennium series.

Rebecca Sugar is a New York Times bestselling author and the creator of the Emmy-nominated show Steven Universe on Cartoon Network. She previously worked as a writer and storyboard artist on Cartoon Network's animated series Adventure Time. She's an artist, songwriter, and director.
“…a comprehensive (and DOOM!-filled) history of one of the strangest cartoons Nickelodeon ever greenlit.”
— SyFy Wire