Man Does Not Live by Sports Alone: Devotions for Men (Paperback) 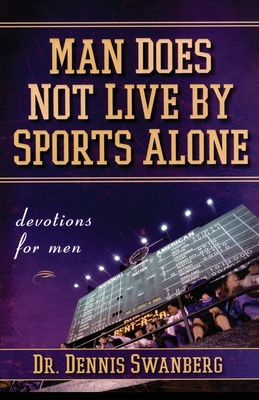 Man Does Not Live by Sports Alone: Devotions for Men (Paperback)

OK, guys, this book's for you. It's designed especially for manly men who love sports -- guys who'd rather watch Peyton Manning and Kurt Schilling than some fluffy chick flick. You're into NFL receivers, the best arms in the Majors, the best guards in the NBA, and NASCAR drivers. But you're also a guy who tries to spend time in God's Word and get your plays called by the Coach upstairs.

Dennis "The Swan" Swanberg has you and your sports-minded buddies in mind in Man Does Not Live by Sports Alone, because this upbeat, humorous book isn't just about guy stuff; it's also about God stuff. Thirty personal devotionals double as springboards for accountability-group discussion with your friends about God's playbook. Each devotional contains:

This book offers a game plan for tackling the tough issues in the game of life and will help you do more than just stay in the game -- it will give you strategies for being a winner!

It's not enough to be a manly man who talks about manly stuff.
You've also got to be a godly man who talks and thinks about God stuff.
When you do, you'll be a winner in the game of life.
-- The Swan
Dennis Swanberg, well-qualified to teach on marriage and family relationships, is happily married to his wife, Lauree, and is the proud father of two boys, Chad and Dustin. He hosts a nationally broadcast television show, Swan's Place, which is viewed by over 1,000,000 households, as well as writing Is Your Love Tank Full?, and Swan's Soup and Salad.

A deeply loved pastor and popular guest on Dr. James Dobson's national broadcasts, Swanberg has been called "America's Minister of Encouragement" because of his constant work at lifting hearts and leading people to a richer life through his one-of-a-kind humor.