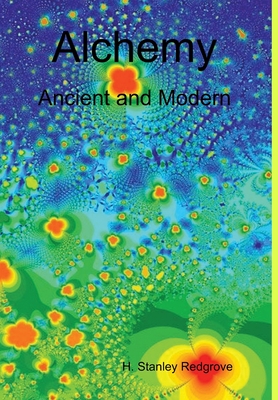 
Not On Our Shelves—Ships in 1-5 Days
(This book cannot be returned.)
Being a brief account of the alchemistic doctrines, and their relations, to mysticism on the one hand, and to recent discoveries in the physical science on the other hand; together with some particulars regarding the lives and teachings of the most noted alchemists. The meaning of alchemy; The theory of physical alchemy; The alchemists before and after Paracelsus; The outcome of alchemy; The age of modern chemistry; Modern alchemy. H Stanley Redgrove, best known for his writings on alchemy. Early in his scientific career he was associated with Professor John Ferguson and others in forming the Alchemical Society and was appointed editor of its journal; that Society was one of the many killed by the last war. Redgrove's book on "Alchemy: Ancient and Modern," first published in 1912, is an excellent survey, which brings out clearly the connection between the old alchemical doctrines and the conceptions of modern chemistry.