Stories of the Sahara (Hardcover) 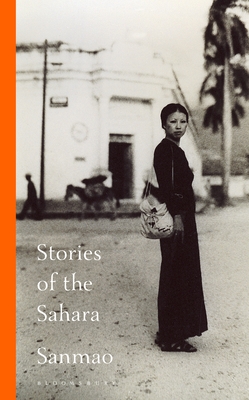 Stories of the Sahara (Hardcover)

By Sanmao, Mike Fu (Translated by)

"Hypnotic . . . A record of one person's fierce refusal to follow a path laid down for her by the rest of the world." Paris Review Best Books of the Year

Leafing through the pages of National Geographic as a young girl growing up in Taiwan, Sanmao became enchanted by the infinite and wonderous landscape of the Sahara. Years later, in 1974, she sets out for the Spanish desert territory of El Aaiún in hopes of becoming the first female explorer to cross the hauntingly beautiful expanse. Her boyfriend José would have to wait, or join her. He packs his things, leaves Madrid, and asks Sanmao to marry him.

As Sanmao settles in to married life alongside the indigenous people of the Western Sahara, she is confronted by a culture and desert lifestyle that both captivate and confound her. Drawn in by the mystery of such desolate lands but disappointed by the drawl of life as a perpetual outsider, Sanmao begins to wonder if the desert is what she imagined it to be, and if her insatiably curious heart can beat forever in just one place.

Stories of the Sahara is a breathtaking exploration of the adventures—and misadventures—of untamable wanderlust. Sanmao illuminates the joys of fearless independence and the pains of yearning for elsewhere, culminating in a stunning mosaic of love and loneliness in a deeply human search for meaning and contentment.

Sanmao, born Chen Mao Ping, was a novelist, writer, educator and translator. Born in China in 1943, she grew up in Taiwan. She studied in Taiwan, Spain and Germany before moving to the Sahara desert with her Spanish husband, a scuba diver and underwater engineer. In 1976, she gained fame with the publication of her first book, Stories of the Sahara. Her husband died while diving in 1979, and Sanmao returned to Taiwan the following year. From 1976 until her death in 1991, she published more than twenty books.

Mike Fu is a Brooklyn-based writer, translator and editor. He is a cofounder and editor of The Shanghai Literary Review, a transnational English language journal for arts and literature, and the assistant dean for global initiatives at Parsons School of Design.

"A hypnotic meditation on love and loneliness in a foreign place. Writing with frankness and vulnerability, Sanmao’s constant questioning of her insecurities and flaws is remarkably human, and nothing remains beyond the boundaries of her probing eye . . . Mike Fu’s gorgeous translation brings to live Sanmao’s evocative descriptions of the Sahrawi communities in which she lives, along with her wit and her gift for capturing life’s absurdities. Stories of the Sahara is a record of one person’s fierce refusal to follow a path laid down for her by the rest of the world, but it is also a celebration of the complexities of being an outsider, and ultimately, an ode to freedom." - The Paris Review, Best Books of the Year

"Stories of the Sahara has endured for generations of young Taiwanese and Chinese women yearning for independence from conservative social norms . . . Her prose, which oscillates between memoir and fiction, has a laconic elegance that echoes the Beat poets. It can also be breezy, a remarkable quality at a time when her homeland, Taiwan, was under martial law." - The New York Times

"Marvelous . . . Sanmao is a meticulous observer and affecting raconteur. Her voice speaks from the page, as if written yesterday rather than almost 50 years ago—an effect, it must be admitted, which might in part be an artifact of the earnest translation by Mike Fu . . . If any work could be described as having been lovingly translated, it is this one." - Asian Review of Books

"Available in English for the first time, these semiautobiographical stories by a cherished Taiwanese writer . . . weave the quotidian and the historical into a single narrative: the wedding of a child bride; legends of evil spirits, heard while camping at night; rising hostility to both Spanish rule and the looming influence of Morocco." - The New Yorker

"[Sanmao’s life] was a blueprint for how legends are born . . . She was adventurous and a home-body, brave and insecure, funny and serious." - PopFam

"A role model far ahead of her time . . . Now, mainland-born and Taiwanese-raised Sanmao is taking her rightful place in the pantheon of female travel writers with the English-language publication of Stories of the Sahara . . . Her confessional style, which can be painfully honest but is always self-aware and shot through with humour, fits perfectly in the age of #MeToo, despite the book being written five decades earlier . . . Her candidness about her marriage and life, along with her love of challenging convention, explains why Sanmao has been a heroine for Chinese women . . . Sanmao deserves all the praise, even if it has been a long time coming" - David Eimer, South China Morning Post

"[Stories of the Sahara] revives the spirit of this international hero, and reminds us why [Sanmao] still symbolizes strength and adventure across the world." - Character Media

"Ground-breaking . . . Sanmao wrote breezily but she captured the complexities of ‘learning the art of living here’ . . . A compelling tale of someone who was enraptured but uneasy, and Sanmao’s pluck is admirable" - Geographical

"Sanmao’s vivid descriptions of Sahara life, with its assortment of local personalities and unexpected twists, make an engaging read, but an undeniable part of the book’s enduring appeal is Sanmao herself. Stories of the Sahara offers a glimpse into not only an underreported time and place, but also the making of a cultural icon." - Columbia University Weatherhead East Asian Institute

"Sanmao, the nomadic Taiwanese writer, storms her way into the English language with the travelogue that defined her restlessness and raw talent for narrative: Stories of the Sahara, now appearing via the dedicated and sensitive translation of Mike Fu." - Asymptote Journal

"As a Chinese woman born in 1943, Sanmao was a pioneering global citizen. These 20 essays about living in one of the harshest areas of the world in the 1970s are testimony to her audacity and courage." - Christian Science Monitor