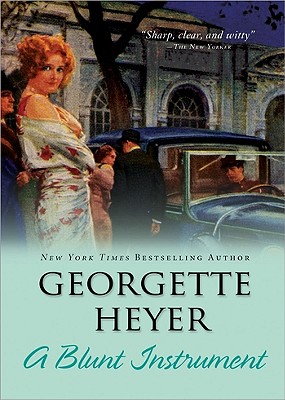 This is book number 7 in the Country House Mysteries series.

Who would kill the perfect gentleman?

When Ernest Fletcher is found bludgeoned to death in his study, everyone is shocked and mystified: Ernest was well liked and respected, so who would have a motive for killing him?

Superintendent Hannasyde, with consummate skill, uncovers one dirty little secret after another, and with them, a host of people who all have reasons for wanting Fletcher dead. Then, a second murder is committed, giving a grotesque twist to a very unusual case, and Hannasyde realizes he's up against a killer on a mission...

"Given the chance I could happily devour a stack of her novels one after the other."—A Work In Progress

"A few things that you are guaranteed when you pick up a Georgette Heyer novel of any kind are unique characters and a fast-paced plot."—We Be Reading