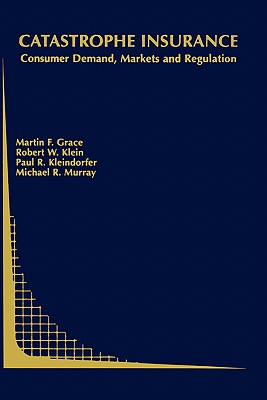 
Not On Our Shelves—Ships in 1-5 Days
(This book cannot be returned.)
1. THE PROBLEM OF CATASTROPHE RISK The risk of large losses from natural disasters in the U.S. has significantly increased in recent years, straining private insurance markets and creating troublesome problems for disaster-prone areas. The threat of mega-catastrophes resulting from intense hurricanes or earthquakes striking major population centers has dramatically altered the insurance environment. Estimates of probable maximum losses (PMLs) to insurers from a mega- catastrophe striking the U.S. range up to $100 billion depending on the location and intensity of the event (Applied Insurance Research, 2001).1 A severe disaster could have a significant financial impact on the industry (Cummins, Doherty, and Lo, 2002; Insurance Services Office, 1996a). Estimates of industry gross losses from the terrorist attack on September 11, 2001 range from $30 billion to $50 billion, and the attack's effect on insurance markets underscores the need to understand the dynamics of the supply of and the demand for insurance against extreme events, including natural disasters. Increased catastrophe risk poses difficult challenges for insurers, reinsurers, property owners and public officials (Kleindorfer and Kunreuther, 1999). The fundamental dilemma concerns insurers' ability to handle low-probability, high-consequence (LPHC) events, which generates a host of interrelated issues with respect to how the risk of such events are 1 These probable maximum loss (PML) estimates are based on a SOD-year return period.