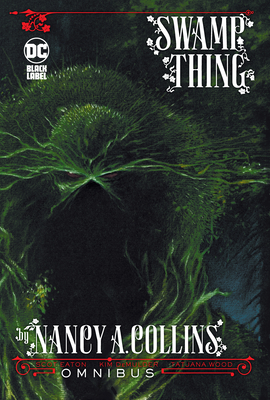 By Nancy A. Collins


Special Order—Subject to Availability
The two-year run on Swamp Thing by critically acclaimed Southern Gothic horror novelist Nancy A. Collins is collected for the first time ever.

In these Swamp Thing tales written by critically acclaimed Southern Gothic horror novelist Nancy Collins, a mad priest called Father Tocsin has come to Houma to test his followers with a fatal poison. But when Tocsin indoctrinates one of his friends, Swamp Thing must stop the killings before they spread too far. Then, it's a grassroots political campaign as Swamp Thing finds himself a surprise candidate for governor of Louisiana. And Swamp Thing must get help to save Abigail Arcane and their young daughter, Tefé, from the murderous dream-pirates of Dark Conrad. Who's he gonna call? John Constantine! And Anton Arcane returns from the darkest pits of hell to seek revenge on Swamp Thing and all those he holds dear!
This title collects Swamp Thing #110-139 and Swamp Thing Annual #6 and #7, not reprinted since their original publication in the early 1990s.
Nancy A. Collins is a United States horror fiction writer best known for her series of vampire novels featuring her character Sonja Blue. Collins has also written for comic books, including Swamp Thing, Jason vs. Leatherface, Predator: Hell Come A-Walkin' and her own one-shot Dhampire: Stillborn.

Collins has written 20 novels since 1989, many of which refer to and directly include races of creatures the author calls Pretenders, monsters from myth and legend passing as human to better hunt their prey.

Collins has also written a number of highly acclaimed Southern Gothic short stories and novellas, most of which are set in Seven Devils, Arkansas, a highly fictionalized version of her hometown.

Most recently, she has focused her attention onto the Golgotham urban fantasy series, published by Penguin. Golgotham is the "supernatural" ghetto of New York City, where creatures from myth and folklore--including witches, shape-shifters, leprechauns and centaurs--live and work in uneasy alliance with mankind.