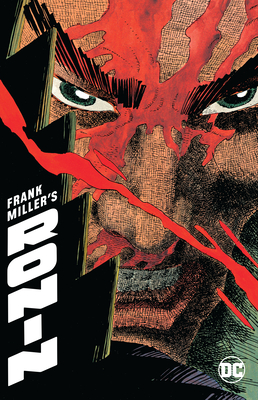 
Not On Our Shelves—Ships in 1-5 Days
It is the distant past. A great lord of feudal Japan is struck down by an entity of pure evil. A young warrior, sworn to vengeance, becomes a masterless samurai--a ronin--trapped in an eternal struggle with the demon who killed his master.

It is the near future. A great corporation in the urban jungle of New York City is preparing to unleash a deadly new technology. A childlike telepath and a tough-as-nails security commander are the only people who stand in its way.

When these two worlds collide, dreams and reality will blur together for a final, apocalyptic battle--and at the heart of the chaos, a lone swordsman will face the ultimate test of his fealty.

A thrilling, seamless, utterly unique blend of East and West, past and future, magic and science. This edition collects the original six-issue miniseries from the legendary Frank Miller and features an introduction from DC's former president and publisher Jenette Kahn, as well as a special section of preliminary and promotional art from Miller.
Frank Miller began his career in comics in the late 1970s and rose to fame while drawing and then writing Daredevil for Marvel Comics. He was also the creative force behind Batman: The Dark Knight Returns, Batman: Year One, and Batman: The Dark Knight Strikes Again. His works have not only redefined classic characters, but also revitalized the comics industry on a few occasions. His multi-award-winning graphic novel 300 was brought to full-blooded life in the 2007 movie of the same name. His creator-owned crime saga Sin City first hit the page in 1991, and then the silver screen in 2005, with Miller on board as co-director with Robert Rodriguez. The two returned to direct the sequel Sin City: A Dame to Kill For, released in 2014 and featuring two new stories by Miller. In 2015, Miller returned to his bestselling series with the highly anticipated Dark Knight III: Master Race.
“Beautiful, ambitious and complex.”  —Rolling Stone

“A successful work of fusion, bringing together the tone and sci-fi weirdness of European comic magazines like Metal Hurlant... alongside Japanese manga and ’60s Kurosawa samurai-eiga.” —MTV Geek

“His brutal yet elegant noir renderings, pulpy yet eloquent scripting, and thoroughly uncompromising attitude make [Frank Miller] one of the most distinctive voices in comics.” —Entertainment Weekly