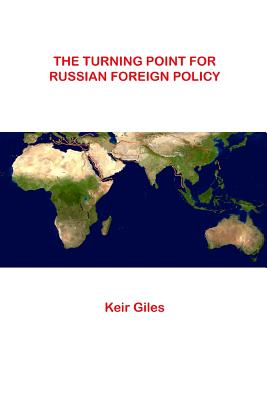 
Not On Our Shelves—Ships in 1-5 Days
(This book cannot be returned.)
Russia's military interventions in Ukraine from 2014, and Syria from 2015, caused widespread surprise among Western policy communities, including in the United States. However, as the British scholar of Russia, Keir Giles, explains in this Letort Paper, these interventions represented the culmination of two well-established trends that had been clearly identified by Russia-watchers over preceding years. These were first, a mounting perception of direct threat against Russia from the West, and second, Russia's own greatly increased capability for military or other action to respond to this perceived threat. Mr. Giles highlights the specific security preoccupations of Russian leaders over decades, not always perceptible outside Russia, which lead them to entirely different interpretations of current events from those taken for granted in the West.