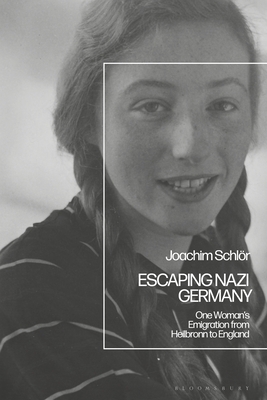 Carefully piecing together the personal letters of Alice 'Liesel' Schwab, Escaping Nazi Germany tells the important story of one woman's emigration from Heilbronn to England. From the decision to leave her family and emigrate alone, to gaining her independence as a shop worker and surviving the Blitz, to the reunion with her brother and parents in England and shared grief as they learn about the fate of family members who died in the Holocaust, her story provides powerful insight into both the everyday realities of German-Jewish refugees in Britain and the ability of letters and life-writing to create transnational networks during times of trauma and separation.

Elegantly written and deeply researched, Joachim Schl r's emphatic and unflinching re-telling of Alice Schwab's life sheds new light on the Jewish experience of persecution during the Holocaust and adds nuances to current debates on emigration, memory, and identity. This book is an essential primary resource for scholars of modern European history and Jewish studies, offering a compelling and intimate route into understanding what it meant to be a Jewish refugee caught up in the tragic and tumultuous events of World War II.