Apperception and Self-Consciousness in Kant and German Idealism (Hardcover) 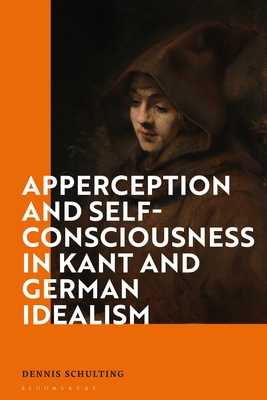 Apperception and Self-Consciousness in Kant and German Idealism (Hardcover)

In Apperception and Self-Consciousness in Kant and German Idealism, Dennis Schulting examines the themes of reflexivity, self-consciousness, representation and apperception in the philosophy of Immanuel Kant and German Idealism more widely. Central to Schulting's argument is the claim that all of human experience is irreversibly self-referential and that this is part of a self-reflexivity, or what philosophers call transcendental apperception, a Kantian insight that was first apparent in the work of Christian Wolff and came to inform all of German Idealism.

In a rigorous text suitable for students of German philosophy and upper-level students on metaphysics, epistemology, moral and political philosophy, and aesthetics courses, the author establishes the historical roots of Kant's thought and traces it through to his immediate successors Karl Leonhard Reinhold, Johann Gottlieb Fichte and Georg Wilhelm Friedrich Hegel. He specifically examines the cognitive role of self-consciousness and its relation to idealism and places it in a clear and coherent history of rationalist philosophy.
Dennis Schulting is an independent scholar and the former Assistant Professor of Metaphysics and the History of Philosophy at the University of Amsterdam, the Netherlands. He is the founding editor and manager of the online journal Critique and has published numerous books including The Bloomsbury Companion to Kant (Bloomsbury, 2015).