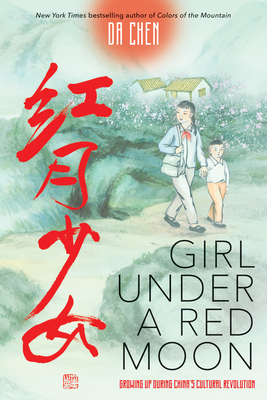 
Not On Our Shelves—Ships in 1-5 Days
New York Times bestselling author Da Chen weaves a deeply moving account of his resolute older sister and their childhood growing up together during the Chinese Cultural Revolution.In a small village called Yellow Stone, in southeastern China, Sisi is a model sister, daughter, and student. She brews tea for her grandfather in the morning, leads recitations at school as class monitor, and helps care for her youngest brother, Da.But when students are selected during a school ceremony to join the prestigious Red Guard, Sisi is passed over. Worse, she is shamed for her family's past -- they are former landowners who have no place in the new Communist order. Her only escape is to find work at another school, bringing Da along with her. But the siblings find new threats in Bridge Town, too, and Sisi will face choices between family and nation, between safety and justice. With the tide of the Cultural Revolution rising, Sisi must decide if she will swim against the current, or get swept up in the wave.Bestselling author Da Chen paints a vivid portrait of his older sister and a land thrust into turmoil during the tumultuous Chinese Cultural Revolution.
Da Chen’s life is a true immigrant success story. A native of China, Chen grew up in a tiny village without electricity or running water. He was a victim of communist political persecution during the Chinese Cultural Revolution but then went on to study at the Beijing Languages and Culture University. Da arrived in America at the age of twenty-three with only $30 and a bamboo flute, and attended the Columbia University School of Law on a full scholarship. Da is the New York Times bestselling author of Colors of the Mountain, a memoir; Sounds of the River; Brothers; the middle-grade novels Wandering Warrior and Girl Under a Red Moon; and several other titles. He lives in Southern California, with his family.