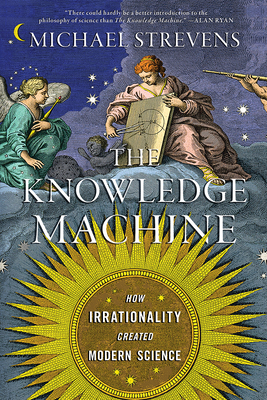 A paradigm-shifting, widely acclaimed work for our generation, The Knowledge Machine revolutionizes our understanding of the origins and structure of science.

Michael Strevens’s “provocative and fascinating” (Jennifer Szalai, New York Times) investigation of science asks two fundamental questions: Why is science so powerful? And why did it take so long for the human race to start using science to learn the secrets of nature? The Knowledge Machine’s radical answer is that science, by nature, calls on its practitioners to do the irrational. By willfully ignoring religion, theoretical beauty, and especially philosophy, scientists embrace an unnaturally narrow method of inquiry, channeling unprecedented energy into observation and experimentation. Rich with vivid historical examples and widely acclaimed, Knowledge Machine overturns many of our most basic assumptions about scientific discovery.

Michael Strevens, a 2017 Guggenheim Fellow, is a professor of philosophy at New York University. He was born in New Zealand and has been writing about philosophy of science for twenty-five years. He lives in New York.