A History of Welsh Music (Hardcover) 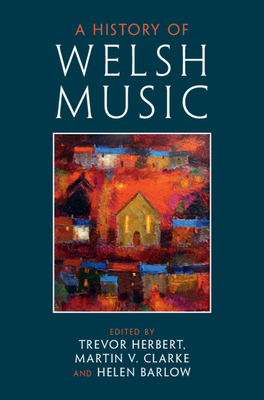 A History of Welsh Music (Hardcover)


Not On Our Shelves—Ships in 1-5 Days
From early medieval bards to the bands of the 'Cool Cymru' era, this book looks at Welsh musical practices and traditions, the forces that have influenced and directed them, and the ways in which the idea of Wales as a 'musical nation' has been formed and embedded in popular consciousness in Wales and beyond. Beginning with early medieval descriptions of musical life in Wales, the book provides both an overarching study of Welsh music history and detailed consideration of the ideas, beliefs, practices and institutions that shaped it. Topics include the eisteddfod, the church and the chapel, the influence of the Welsh language and Welsh cultural traditions, the scholarship of the Celtic Revival and the folk song movement, the impacts of industrialization and digitization, and exposure to broader trends in popular culture, including commercial popular music and sport.