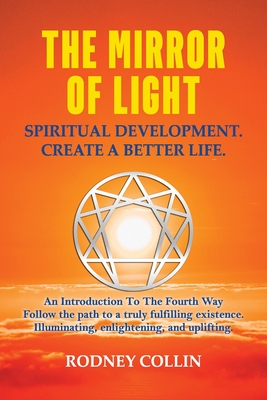 
Not On Our Shelves—Ships in 1-5 Days
(This book cannot be returned.)
The Simplest most efficient way for anxiety and depression relief. The Fourth Way provides a path to wisdom and spiritual enlightenment for 'householders', ordinary people living in the world today. It is also known as 'The Way of Understanding'. Create An Abundant Life. Follow the path to a truly fulfilling existence. Illuminating, enlightening, and uplifting. This householder's way has existed since time immemorial. G.I. Gurdjieff conceived the title 'Fourth Way', for the fragmentary assemblage of previously unknown teachings that he brought to the West in the early 20th century - but he never claimed to have invented the Way itself. Three other 'specialist' ways have also always existed for people whose natures are predominantly intellectual, emotional or physical - the ways of knowledge, devotion and action. All these three demand some form of initial and purposeful renunciation and discipline. For instance, obedience, silence, physical regime etc. On the Fourth Way the three aspects of human 'being', 'head, heart and hand' are regarded as one whole and all three are worked on simultaneously. Practice or discipline is progressively self-imposed according to individual understanding. The Fourth Way continually develops its form to meet the changing needs of time and culture. Methods and teaching are reformulated and re-invented by each succeeding generation. The principles remain the same but the practice is always being developed and refined. One of the most ancient existing monuments related to the Fourth Way is the temple of Sharada in Azad Kashmir. Sharada (Saraswati) is the goddess of Wisdom. Three gates were always open but those entering any one of these had to return and enter also by the other two before full liberation could be achieved. The fourth gate, called Moksha (liberation), was closed except to those who had already travelled the other three paths. To be complete and effective any 'school' of the Fourth Way requires direct connection with a truly liberated being, man or woman. Each generation has to secure its own connection - by being demonstrably capable of receiving and not adulterating the influences and energy it seeks. If this connection is lost, or remains unmade, the School is comparatively useless, even misleading, however much knowledge it may possess.