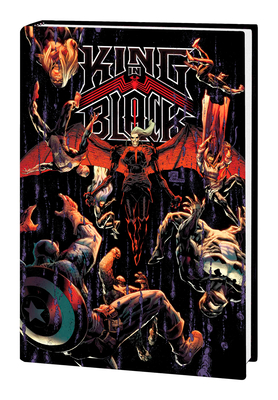 
Coming Soon—Pre-Order Now
(This book cannot be returned.)
Darkness reigns across the Marvel Universe! After a campaign of terror across the galaxy, Knull — ancient and malevolent god of symbiotes — reaches Earth, with an endless army of symbiote dragons at his command! The King in Black is a force unlike any ever faced by Venom and the rest of Earth’s heroes — but now Spider-Man, the Avengers, the Hulk, the Fantastic Four, the Sub-Mariner and many, many more must battle an endless wave of darkness! Outgunned and badly outnumbered, can anyone possibly survive Knull’s symbiotic onslaught? Or will they all be forced to bow to the King? Featuring every epic chapter in one monstrous, black-hearted Omnibus!