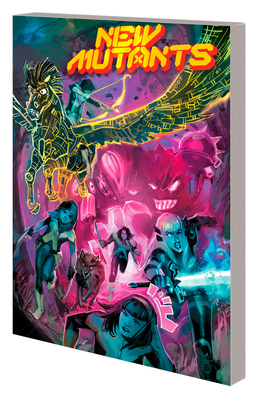 
Not On Our Shelves—Ships in 1-5 Days
On the edge of Krakoan society, the New Mutants let loose in the Wild Hunt! Going big, blowing things up, and combining powers to see who can be crowned king of the mountain. But something lurks in the trees. Something old…and hungry. And its favorite prey is young mutants! As Karma and Dani delve deeper into their nightmares, a spider sets his eyes on the most vulnerable among the team. And as the Wild Hunt goes on, someone vanishes without a trace, plans long in motion begin to unfurl — and children who play at being adults must now prepare for the fight of their lives.