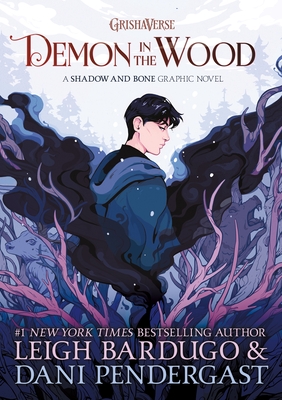 See the Grishaverse come to life on screen with Shadow and Bone, a #1 Netflix series - Season 2 coming March 16, 2023!

Before he became the Darkling, Eryk was just a lonely boy burdened by an extraordinary power. The dangerous truth is that Eryk is not just a Grisha—he is the deadliest and rarest of his kind.

With stunning illustrations and raw emotion, peer into the shadows of the Darkling’s past and discover why he has always been feared by those who wish to destroy him and hunted into hiding his true abilities.

But even in this villain origin story, wicked secrets are destined to reveal themselves . . .

Leigh Bardugo is a #1 New York Times bestselling author and the creator of the Grishaverse (now a Netflix series) which spans the Shadow and Bone trilogy, the Six of Crows duology, The Language of Thorns, and the King of Scars duology—with more to come. Her other works include Wonder Woman: Warbringer and Ninth House (Goodreads Choice Winner for Best Fantasy 2019). She lives in Los Angeles and is an Associate Fellow of Pauli Murray College at Yale University.

Dani Pendergast is a cartoonist and illustrator from Parkland, Florida, with a BFA and MFA from the Illustration program at Syracuse University. She’s done work for Apple, Boom! Studios, Mondo Tees, and Wizards of the Coast, among others. She is the illustrator of Leigh Bardugo's Demon in the Wood Graphic Novel. She is currently based in Boston, Massachusetts.

*An Indigo's Best of the Year pick!*

"Calibrated for heartbreak . . . A poignant, humanizing backstory for the antagonist of this beloved, long-running series." - Kirkus Reviews

“An absolutely vital addition to the Shadow and Bone world...centering on the Darkling when he was just a boy, this tragic and beautiful story adds layers to the villain we know and the scared child he once was.” — Nerdist

"A worthy addition to the canon that will surely leave readers wishing for more." - Shelf Awareness

"In this beautiful graphic novel prequel to the Grishaverse, Bardugo and Pendergast weave a heartrending tale that foreshadows the rise of the Darkling." - School Library Journal