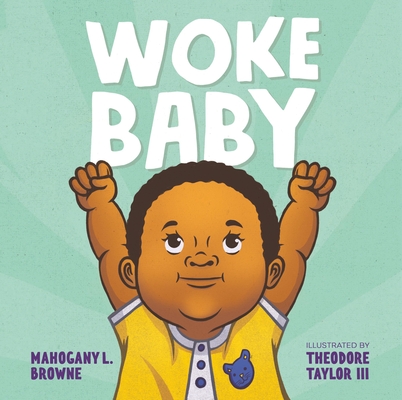 For all the littlest progressives, waking up to seize a new day of justice and activism.

Mahogany L. Browne: The Cave Canem, Poets House and Serenbe Focus Fellow alum is the author of several books including Swag & Dear Twitter: Love Letters Hashed Out On-line, recommended by Small Press Distribution & listed as About.com Best Poetry Books of 2010. She has released five LPs and is co-founder of Brooklyn Slam (currently ranked 2nd in the world) and has toured Germany, Amsterdam, England, Canada and recently Australia as 1/3 of the cultural arts exchange project Global Poetics. Her journalism work has been published in magazines Uptown, KING, XXL, The Source, Canada's The Word and UK's MOBO. Her poetry has been published in literary journals Pluck, Manhattanville Review, Muzzle, Union Station Mag, Literary Bohemian, Bestiary Brown Girl Love and Up The Staircase. She is the Artistic Director of Urban Word NYC (as seen on HBO’s Brave New Voices) and facilitates performance poetry and writing workshops throughout the country. She is the publisher of Penmanship Books, curator & FridayNight Slam host at Nuyorican Poets Café, and Program Director of BLM@Pratt Institute. She also is a recipient of an Agnes Gund Art for Justice award.

Theodore Taylor III is a children's book author and illustrator living in Richmond, Virginia with his wife Sarah and son Theo. He is the illustrator of Woke, Woke Baby, and the New York Times bestselling C is for Country by Lil Was X. He also received the Coretta Scott King John Steptoe New Talent Award for his work on When The Beat Was Born: DJ Kool Herc and the Creation of Hip Hop. He is also the illustrator behind Shaquille O'Neal's Little Shaq Series. During the day he also works as a front-end web developer. His work is inspired by his love of music, comics, animation, video games, street art, and more. He is also a self-proclaimed pizza connoisseur.