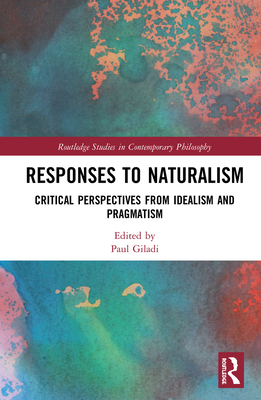 This volume offers critical responses to philosophical naturalism from the perspectives of four different yet fundamentally interconnected philosophical traditions: Kantian idealism, Hegelian idealism, British idealism, and American pragmatism. In bringing these rich perspectives into conversation with each other, the book illuminates the distinctive set of metaphilosophical assumptions underpinning each tradition's conception of the relationship between the human and natural sciences. The individual essays investigate the affinities and the divergences between Kant, Hegel, Collingwood, and the American pragmatists in their responses to philosophical naturalism. The ultimate aim of Responses to Naturalism is to help us understand how human beings can be committed to the idea of scientific progress without renouncing their humanistic explanations of the world. It will appeal to scholars interested in the role idealist and pragmatist perspectives play in contemporary debates about naturalism.

Paul Giladi is Senior Lecturer in Philosophy at Manchester Metropolitan University, and an honorary research fellow at the University of Sheffield. He has published articles in leading philosophy journals and edited collections on Hegel, pragmatism, critical social theory, feminism, and contemporary Anglo-American philosophy. Dr. Giladi is also the editor of Hegel and the Frankfurt School (Routledge, 2021), as well as the co-editor (with Nicola McMillan) of the forthcoming Routledge collection Epistemic Injustice and the Philosophy of Recognition.